Real Madrid visit Anfield on Tuesday evening, with kickoff at 3:45 (EST) in the US, televised live on ESPN. 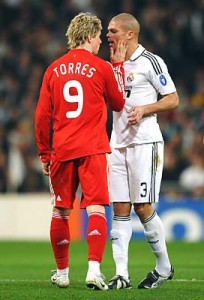 Last time out, Rafa Benitez was credited with a tactical masterclass. Liverpool survived a few early scares and self-indulging mazy runs by Arjen Robben and were able to suffocate Real's attack. It was damned ugly to watch, but the importance of the result cannot be questioned. The defensive, counter-attacking European game that Rafa loves so much proved effective, and Liverpool got their away goal from a set piece in the 82nd minute. Gabriel Heinze dragged down Dirk Kuyt fighting to win a header, and Fabio Aurelio delivered the free kick to the middle of the box, where an unmarked Yossi Benayoun headed past Iker Casillas for the match-winner. Yossi had a night to remember--he was all over the place, weaving in and out from the right side. Javier Mascherano had a vintage performance in midfield and disrupted most of of Real's build-up play, and the back line was solid throughout. Fernando Torres had little influence on the match--his only real chance was a half-volley that Casillas parried away on the twenty minute mark. You could argue that neither team was at their best...certainly Real Madrid, who had won 9 straight in league, expected a better showing, especially in attack.

Looking towards tomorrow, Albert Riera and Yossi Benayoun are the two Liverpool players that will be missed the most--Riera is suspended via a booking at the Bernabeu and Benayoun tore his hamstring in training and will likely be out for at least two weeks. Rafa is playing it coy, but it seems that Fernando Torres will be ready to go come tomorrow night. Alvaro Arbeloa has returned to training after a hamstring problem, but no reports as to whether or not he'll feature. Check out the Real Madrid blog for their team news and an excellent preview by Corey.

I don't see Rafa rushing Arbeloa back into the squad, and after Skrtel's trial on the right against Middlesbrough I'd imagine that Carra will fill that role. We also saw Masch at right back recently, but his performance in midfield in the first leg was one of his best, so it wouldn't make much sense to move him. It's a shame that Emiliano Insua isn't in the Champions League squad, as I think it would be a perfect day to slide Fabio Aurelio into the left wing role and have Insua at left back. There's always the chance that this could happen anyway, with Dossena available, but I can't imagine that Dossena's performances of late have merited a starting nod in one of the biggest fixtures of the year. The bench will likely be the usual suspects--Lucas, Arbeloa, Dossena, Cavalieri, N'Gog, etc. I wouldn't be too surprised to see Lucas feature at some point, especially if the tie stays at 1-0 in the dying minutes. If Rafa isn't just playing coy about Torres' fitness, N'Gog could see a start, but in that case I'd guess that Kuyt would be more likely to push up top.

You can read the quotes from both managers below, but Rafa has proclaimed that Liverpool will look to score and kill the tie. Juande Ramos, like the rest of us, is hoping for a better showing this go-round. It's no secret that Real will try to take the game to Liverpool early and often, obviously needing a goal to level things up. This plays into the preferred style of Rafa in Europe--absorb pressure and exploit teams on the counter. Of course that style will need to change should Real score, and a goal would not be far-fetched. Liverpool's home form hasn't been sparkling this season, and Real have the firepower. But as we've seen, the Champions League is a different animal all together for Liverpool.

"They are a top side with more trophies than anyone in Europe, so it'd be a fantastic achievement - but we are thinking about winning titles."

"We have to approach the game thinking about winning."

"For us, we must try to win, try to score and not concede. The way we do this depends on both teams. Real will not attack from the first minute - they will try to manage and see how we're playing."

"I hope Real Madrid say at the end of the game that the atmosphere affected them a lot."

"Both sides have achieved fantastic things in Europe and have numerous trophies between them."

"I think that will guarantee that this is going to be a delicious game of football - it's a shame that one of these great sides has to be left by the wayside in the competition.

"But we are up for the occasion and know that we are only at half-time in this tie, 90 minutes have been played and there are 90 minutes still to play.

"We are confident that we can turn things around and reverse this 1-0 deficit. It doesn't matter how much we talk about tactics, the main thing is that the Real Madrid players go out absolutely convinced that they can pull off the right result.

"We have to work as hard as we possibly can to make sure that there is every chance of us winning.

"This competition is all about bringing out the best in players. We know that the football is always going to be of a very high standard at this stage and I know we have the quality and ability to win and go through to the next round."

It has all the makings of another special European night at Anfield. I'm hoping for a better match than we saw two weeks ago, but if the result is the same I couldn't care less. Back tomorrow with a live blog of the build-up and the match itself.

And as a closing bonus, pics from the official website of both teams training today. If you look close enough you can see the sticky spray on Arjen Robben's left boot that keeps the ball there, preventing him from passing whenever he has possession. 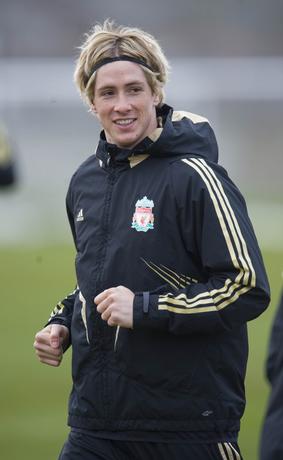 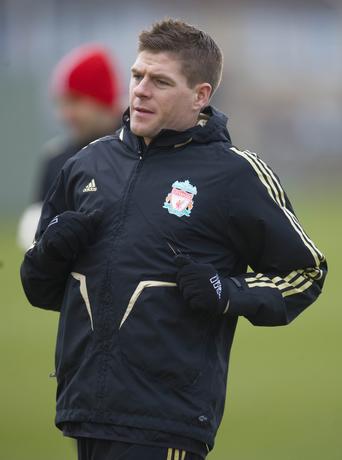 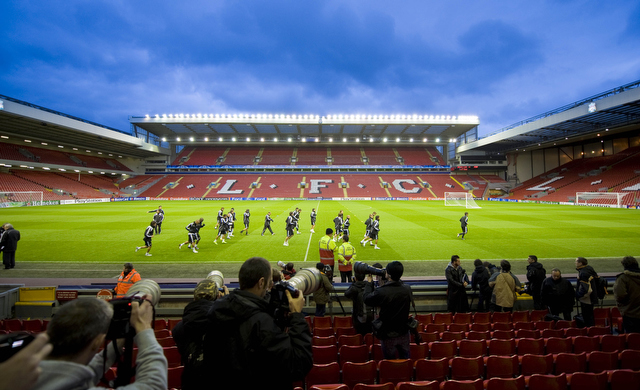 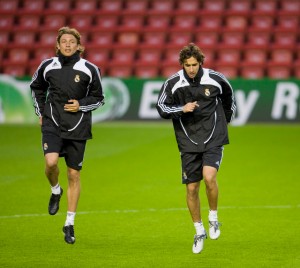 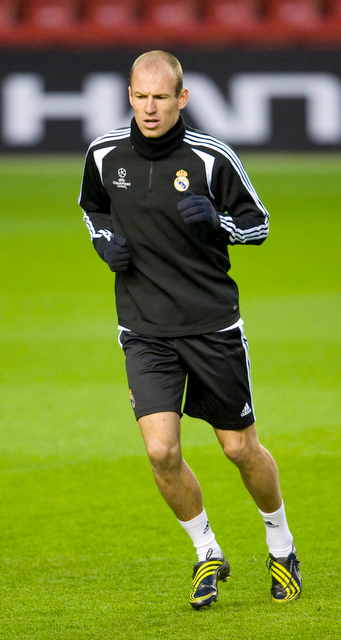