Sunderland came to Anfield and, almost admirably, made no bones about their intentions. They were playing for a point, and the first 45 were scarily familiar–visiting team closes up (after a real shot at being one up through Kenwyne Jones in the 4th minute) for much of the first half and Liverpool are unable to break through. The second half, thankfully, was a different story. I was only able to catch portions of the match due to some shoddy streams, but the Liverpool tonight was much different than the squad that lost at the Riverside on Saturday. 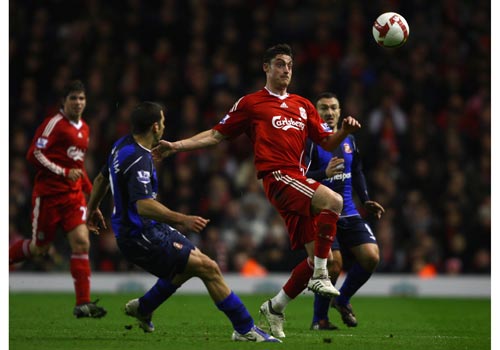 Liverpool were finally able to break through Sunderland’s defense in the 51st, when Albert Riera shook Tal Ben Haim (who was skinned for the second time in two seasons at Anfield) and floated a cross to the far post where Steven Gerrard nodded down to David N’Gog in the middle, who slotted it home to put Liverpool in front. Still not entirely convinced that Gerrard meant a pass...but Andy Gray thinks that too, so it can't be the case. Liverpool were completely dominant for the remainder of the match. Riera and Insua had a lovely overlap that nearly led to another goal, and in between finding internet streams Benayoun followed up on Fulop's parry of a 4 mile-an-hour screamer from N'Gog to kill the match at 2-0. 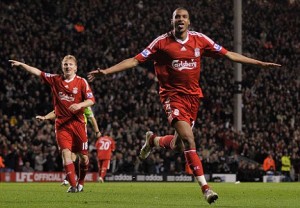 Really encouraged by the bounce-back tonight. It was a lot of doom and gloom, for me at least, after the way things went down this weekend. With a squad that wasn't entirely full-strength (Masch at right back?), Liverpool showed fight and determination in a second half that could have gone the way of so many others earlier this year. Positive performances from Riera, who returned to form after a shaky few matches, and N'Gog, who showed confidence and skill both before and after he broke his duck in league. Could have been the breaks, could have been the tactics, could have been Rafa vowing to DNA test every member of the squad to figure out why they've been dropping points, but the fact of the matter is the boys followed through on a must-win. Title dreams in league are well out of their hands, but Liverpool still have plenty to play for. Hoping for a restful week ahead of Real Madrid's visit in a dandy of a return leg next Tuesday.