"Sarcasm is the language of the devil, for which reason I have long since as good as renounced it"

Share All sharing options for: "Sarcasm is the language of the devil, for which reason I have long since as good as renounced it"

From now on all lead-in paragraphs will only be written in the most literal sense, and any comments bordering on the sarcastic will be followed by some variation of "THAT WAS A JOKE!!!" to prevent misunderstandings. Just so everyone is aware, I do actually like Liverpool and think they're capable of beating good teams despite my terminal condition of Americanity, which earlier sparked a transatlantic melee (Moondog, 2009). But they're really just lucky. JUST KIDDING!!! Everyone still with me?

Onto the goods, then. A week for Liverpool that I wanted to go on forever--trouncings of the Spanish champions Real Madrid and the Premier League/European Champions Manchester United. I don't know that the previous sentence will ever get old, and not just because I really like the word "trouncing." Eight goals against two sides that have a combined total of four losses in all competitions in 2009, three of which were inflicted by Liverpool Football Club (the other was a 1-0 United loss to Derby in the Carling Cup in January). 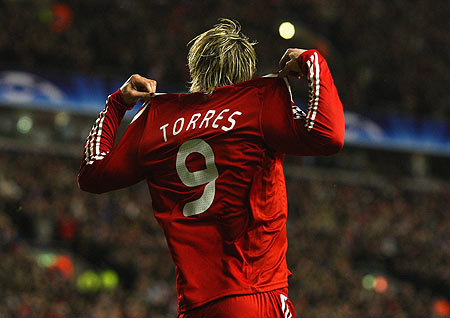 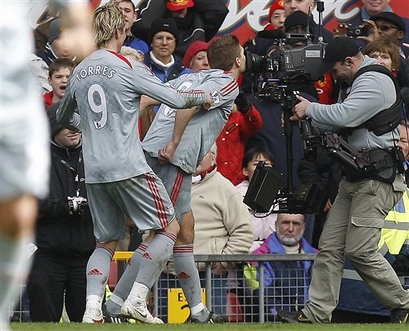 Feeling good is in vogue right now at Liverpool, with Steven Gerrard calling it the best week of his career and Rafa rallying up the other Premier League sides to attack the hell out of United and make the title race interesting. Alex Ferguson, meanwhile, took his ball and went home. Class.

On the subject of Alex Ferguson, he seems to be in the early stages of dementia, proclaiming that United were the better side on the day. Pardon? That makes me so mad I could punch a horse. I watched the match again earlier today, and I'm completely unbiased, so trust me. United had more possession for a total of about 35-40 minutes--the first 10-15 of the match and the first 25 of the second half. They converted on approximately 1 of those minutes and had less than a handful of good chances, and, consistent with the opinions of the United appeasers and legitimizers, were atrocious on defense. The rest of the game belonged to Liverpool, who looked threatening when attacking and were ruthless in taking their chances. The only downside in attack on the day was Gerrard's impression of me, skying one from 4 yards out.

The majority of this week should be relatively uneventful, barring any rumors of club sales or contract talks, which would be completely out of the ordinary YOU CAN LAUGH AT THAT I WASN'T SERIOUS!!! The Champions League quarterfinal draw takes place of Friday...with not much between the sides involved. Of the other seven teams, I'd probably take a draw against Porto or Villareal, but they're not exactly pushovers. The other five--Chelsea, Manchester United, Arsenal, Barcelona, and Bayern--carry a little more weight. But to be honest, I think Liverpool can take anyone in Europe at this point. Sides from England, Spain, Portugal, Germany, Italy...oh, sorry Italy. Roma played well though. Blame Vucinic. Odds are we'll play Chelsea at some point, because it wouldn't be a Champions League without a Liverpool-Chelsea tie and the inevitable snarky posts from blogging visionaries about draws and boring football.

On the heels of Gerrard lending his voice to the cause, Michael Platini has issued a statement that UEFA will do their best to avoid scheduling a fixture on the 15th of April. I'm hoping the "do our best" is just policy-speak for "done deal."

Lastly, just because Liverpool have spent the last week running through United and Madrid at will, some ass-kicking Black Keys.