The squad to face Portsmouth...any surprises for you? 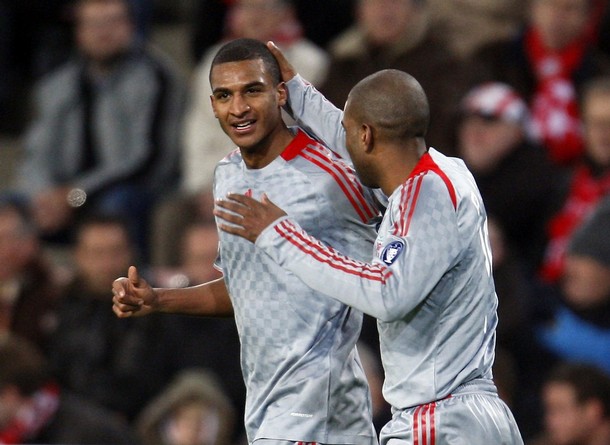 It'll be interesting to see if there's any difference in how the formation is laid out and how it actually plays out. Likely to see plenty of forward action from the fullbacks, and I hope that Aurelio is able to adjust to a midfield role. I've done it on FIFA before, shouldn't be a problem. This very much has the feel of a piecemeal team, with Lucas suspended, Gerrard injured, and some wobbly legs for the rest of the squad after two in four days. My biggest concern is that in terms of an aerial threat we don't have much...N'Gog is tall enough, sure, but in his few run-outs earlier this year he's either looked cemented to the ground or been outmuscled. I'm curious to see how this works out, we have talked a lot about our depth of quality all year, but this is obviously an important test. Also...

Rafa backing Lucas: As he should, he's a player on our squad, and I wouldn't want to hear him calling out anyone negatively. At the same time, Rafa's not too creative in his phrasing for defending under-fire players. Witness:

On Kuyt: "In Dirk Kuyt we have a player you can guarantee will play well and give everything. He is a fantastic player, a great professional and he is always positive. He is not a player you need to talk much to about coping with difficult situations"

On Lucas: "I will support Lucas 100 per cent, always. He is a fantastic player, he is a nice boy and a very good professional. He has quality, he is learning and is improving all the time."

Everyone's nice, they're all fantastic, they all have quality, what's all the fuss about?

Stealing from a junior-high squad: Apparently we're interested in Gerard Deulofeu, the prepubescent Ronaldinho, likely without the gut and chompers. Still, I'm uneasy with this, mostly because there's too many vowels in his last name. Something about vowels that always makes me suspicious.