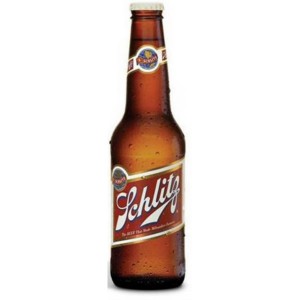 Well that settles it. Manchester United don't look likely to give away too many points the rest of the way, they've got a now-notorious prude in goal, and Rooney is back from injury. They're simply too good, too consistent, too powerful. Even Carra is accepting defeat. But maybe not so fast!

Sure, that might be the exact same quotes with two completely opposite headlines, and it might be a long shot at this point, and it could be the stunningly refreshing original recipe Schlitz that I'm drinking, but I'm of the mind that Liverpool still have a fighting chance. It's obviously a testament to the depth of quality that Man Utd have that they're still alive on 4 fronts, but the next month is ridiculous. 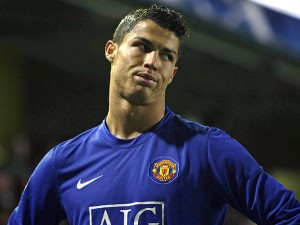 I know Cristiano, I don't think it's fair either. March 1st to 14th is quite the stretch...with Aston Villa and Arsenal still left, as well as the likelihood that they will have additional fixtures added in the Champions League and the FA Cup. Hopefully the mania inspired by a Ferguson-Mourinho reunion will distract United for the better part of 3 months.

Also, nobody wants to play Fulham 3 times in a month. Nice one Clint. You show 'em what we're made of. And that we like beer. Ruthlessly intimidating beer-loving Americans aside, United seemed to handle the 8 fixtures from Jan. 7th to Jan. 31st pretty well, dropping a total of 0 points. But still, it's gotta wear on them. At some point. Preferably before March 14th. Has to. Right? Right?

Not a tremendous difference...both teams have tricky ties in the Champions League and both have Villa and Arsenal left to deal with after the 14th of March. Maybe the silver lining is the amount of travel that United have in that stretch--4 straight away fixtures (CC final is not necessarily a true "away" fixture, but Wembley requires travel, smart-ass) with only 3 days to recover before Inter visits Old Trafford in what could be a huge/emotionally devastating/traumatic season-ruining return leg for United. But best of luck.

Regardless of how the next month goes for United, Liverpool cannot afford to drop points in league. A little repetitive since it turns out we couldn't afford to drop points in December or January, but this time I mean it. Torres close to 100% fitness and *healthy*, Alonso in the top form of his career (but out this Sunday), and a huge comeback win at Portsmouth. Let's hope any momentum gathered in the final minutes at Fratton Park hasn't be completely diluted by the extended break. It's no understatement that, if it hasn't been already, our fate will be decided during this month. Hell, Sunday might decide our fate. Cue heroics.