Survival of the Fit

Share All sharing options for: Survival of the Fit 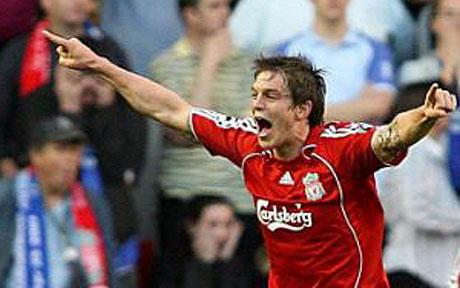 Collective sigh of relief. All our boys came through the friendlies healthy and happy. Well, maybe some not so happy.

In my opinion, completely understandable. Agger was a mainstay in the starting eleven the past two years, barring injury, and is one of our more complete players. He gets forward well, is good in the air, and has put in some quality performances when he's been on.

His injuries came at a bad time, though, as Hyypia found his form early this year. When Skrtel went down I immediately thought Agger would be back to full time, but that was not the case. The congestion in central defense has since gotten worse, with Skrtel back to fitness, Hyypia still grinding out quality performances, and Carra not looking to go anywhere. I would love to see a backline of Carra-Skrtel-Agger-Insua, but Rafa won't respond to my phone calls, emails, text messages or candy-grams. We'll see how Valentine's Day turns out.

I've thought that Agger would make a fine left back--as I mentioned, he's probably one of the best forward-moving center backs in the league, has good vision, and has proven to have a decent shot or two or three. He's not entirely lacking in pace; certainly not any slower than Aurelio, Dossena, or Insua. Not sure about throwing the ball in the box or his footwork, but he showed good long-range passing against Portsmouth the other day. With Insua not in the Champions League squad, and Dossena having some confusion as to the difference between row Y and the far post, I wouldn't mind seeing Agger getting a run out wide left. 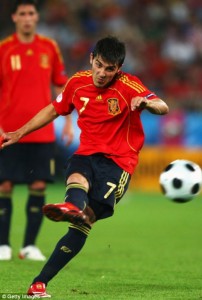 And finally, I've seen more than a couple references to the need to snatch up David Villa this summer as the perfect partner for Fernando Torres. He is obviously one of the most talented frontmen in Europe, and his goalscoring touch, particularly in internationals over the past year, has been great to watch. But with Rafa at the helm and the Gerrard-Torres love affair in full swing, would Villa really be that great of a signing? We saw how things turned out with another speedy, technically sound, smallish striker that would be a "perfect partner" for Torres. There's a gap in quality between Villa and Keane, but it's not exactly an ocean, and their games are somewhat similar. A slightly more adamant argument against a potential Villa signing here. Don't agree with everything in that article, which was written last summer, but some very valid points. Is Villa a striker worth changing our system for, or would he fit nicely into our squad? Worse even, would it be another Robbie Keane situation?