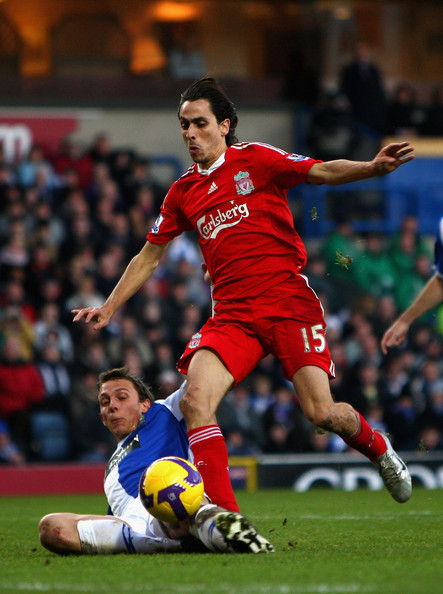 No Fernando Torres. Let's just get that out of the way up front. Still struggling with a groin injury, Rafa reported that it's too early. He speculates that the striker could be ready for Fiorentina, but I can't see him starting. With Liverpool's Champions League hopes dashed a fortnight ago, there really isn't much reason to give Torres little more than a run out. Particularly with Arsenal visiting Anfield next Sunday, rushing back a partially-fit Torres to try to help Lyon would be foolish.

In more positive news, tomorrow's match will be the skipper's 500th appearance for the club. It goes without saying that the man is an icon, surely one of the greatest players in the club's storied history. Hopefully he caps it with a goal.

Blackburn have won 4 of their last 6 at home in league--compared with only 3 points from their last 6 away from Ewood Park. Clearly they are a side that do some good work in front of their supporters, and they're coming off a massive victory in the Carling Cup midweek against Chelsea. Apparently Big Sam won't be pitchside, as he's recovering from heart surgery. Hoping he recovers well and quickly. David Dunn leads the Rovers in scoring with 5 goals, but might miss the match because of injury.

Besides the news about Fernando Torres, the casualty list is surprisingly short...either Rafa's playing it close to the vest, or the side are on the upswing. Wouldn't mind seeing Aquilani figure in the side at some point as well, but we'll have to trust that the kid gloves are for good reason. Either way, it's another three points needed for the recovery effort.