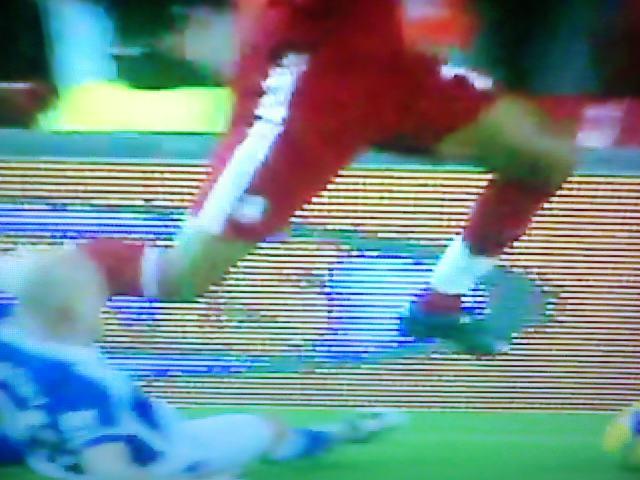 * David Ngog opened the scoring with a stunning volley from six yards after some good Liverpool pressure.

* Liverpool concede the equalizer from a set-piece: Brum get three headers in the box, the last by Chucho Benitez past Pepe Reina.

* Cameron Jerome threw his hat in the ring for goal of the season, beating Pepe Reina from fully thirty yards. Out of nothing really.

* Liverpool have spent nearly the entire second half on the offensive, and get their chance at an equalizer when David Ngog flops down in the box (see banner picture). If he's looking for the penalty there, as opposed to avoiding Carsely, it's shameful, shameful stuff.

* It's Benayoun's turn to come off injured, hamstring for him as well.

* Aquilani makes his Anfield debut in the 82nd minute as Liverpool search for the equalizer. Nervy stuff.

* Liverpool can't find a way through, and at the full-time whistle it's Liverpool 2, Birmingham 2. Not the result anyone would have wanted.