At least there's consensus about the Europa League...

Share All sharing options for: At least there's consensus about the Europa League... 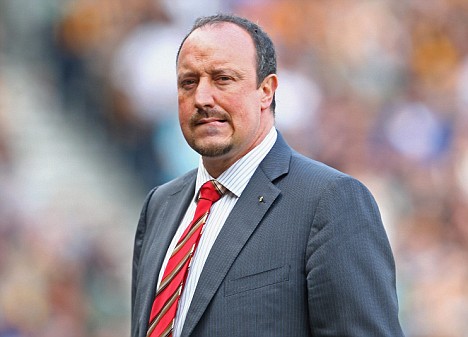 With Liverpool's fate in Europe sealed by the results of yesterday, there's nothing left to do but look forward. In doing so, it seems that there isn't a whole lot of agreement about Liverpool's priorities...

First there was Jamie Carragher, before yesterday's fixture, stating that there's no shame in ending up in the Europa League, and that Liverpool would be happy with the opportunity. Well no shame then.

Then there's Liverpool's captain, asserting that the only thing left to do now is win the whole effin' thing. Europa style.

Javier Mascherano agreed, reassuring fans that they deserve more and that Liverpool would put forth everything they had to bring back some European silverware.

And then we have Rafa Benitez, master tactician, shoddy facial manicurist, and occasional magician, reporting that Liverpool will prioritize a top-four league spot over any cup glory, be it FA or Europa.

Which isn't necessarily a bad thing, but it seems a bit odd that now is the time to focus on league. Five losses and seventh place certainly does beg for more focus...about two months ago. It's clear that Liverpool's only realistic hope for silverware lies in either the FA Cup or Europa League, neither of which will be a cake-walk. Luckily Liverpool have some time to focus on league, but when the time comes to roll the dice in the remaining cup competitions, I'd be really discouraged if Rafa treated them as reserves-only fixtures. Sure, it's "only" the Europa League, but a strong showing would still do a lot for Liverpool's already fragile pride.

In other news that is poorly timed, Jean-Michel Aulas, Lyon's president, has called on Liverpool to do the French club a favor by beating Fiorentina at Anfield. Sure thing, buddy.