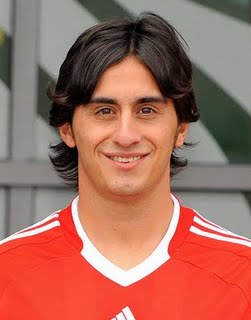 And not a moment too soon. Or it's still too late. Depends on who you ask. Regardless, Liverpool's newest £20 million man is nearing a return...although I'm not sure if it's a return if he's never played. But it can't be a bad thing, can it? Liverpool are desperately in need of some diversity in central midfield, and hopefully Aquilani can provide that. Rafa certainly thinks so.

This news coming off a bad week for Liverpool Football Club, no bones about it. Outclassed across the continent, the Reds lost a pair of matches 2-0. Obviously the more impactful of the two is the loss at Stamford Bridge, as it further dents Liverpool's hopes for a long-awaited title. It's October, but it's already more losses for the Reds than all of last season. Granted, it's also 11 less draws than last season, but every Liverpool from here to Bangkok is in crisis. But unfounded worry if you ask Rafa, or Carlo, or me. Sure, they have more status and cash, but we're all in the same position. Liverpool ain't dead yet. 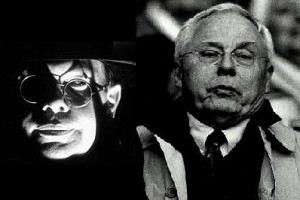 Predicting the future aside, it's certainly a good time for an international break, with plenty of time for Rafa and company to sort it out before they visit Sunderland on October 17th. It's also a good time for my countryman to throw Rafa under the bus--nothing but good press for the club, eh? Or not, as evidenced here, here, and here. Good to see George Gillett take a break from hunting down the Holy Grail to criticize the club's form. Remember better days? The glory of new owners, promising big money and big wins? So does this video...yet the comments leave a little to be desired. Who else is psyched about Liverpool's business future?

Two weeks off for the club doesn't mean two weeks off for the majority of the Reds, who will see action across the world. I'll be checking in randomly about their progress, as well as any other news about the club as it surfaces. For now, some respite from the doom and gloom of a tough week will be nice. Let's hope for a healthy return for all of Liverpool's men, as they'll need it for what promises to be a vital stretch in the coming months.

And stolen from the Burnley Offside (who need a blogger), among other sources:

Please help stop Accrington Stanley from going into administration. They need to raise 308k in 8 weeks. Please donate 1p to the whole 308k at http://www.saveourstanley.co.uk. No-one likes to see a club go under.

Times are tough for everyone, but I was pushed to donate by the comment from the brilliant andersen, whose sexually-laden prose could pry money from even the stingiest of misers. Plus there's this: