Bridge Over Troubled Water. See what I did there?

Share All sharing options for: Bridge Over Troubled Water. See what I did there? 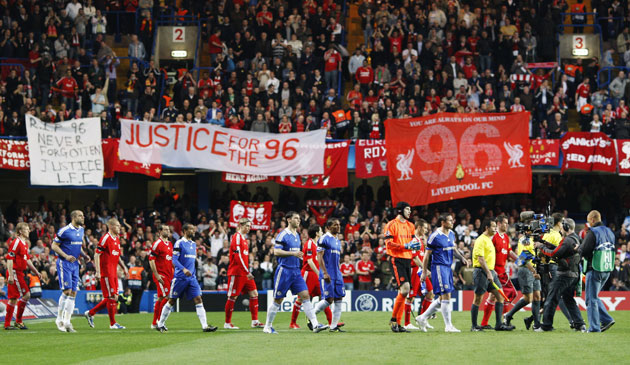 To be fair I think that creek dried up a while ago.

Match build-up and team sheets as the hour passes...in the meantime enjoy the hilariousness of Jack!

Frank thinks Gerrard is the best in the world...I knew he was cheating on John Terry.

Team sheet is out:

No surprises really. The left wing has been a revolving door of late, while Insua appears to have cemented himself as the first-choice left back. Masch's return to fitness means his pairing with Lucas is back in action, for better or worse. Likely to see a few short passes between the two in the middle of the pitch.

Probably the biggest test of the year for the Liverpool back line, although they've managed to make a test out of lesser opposition already. Anelka and Drogba need no introduction, and if Liverpool are going to take three points they'll need to shackle the two.

Just minutes from the opening whistle...Come on you Reds!

At the end of the first half it's 0-0...put well by the announcers-simmering without boiling over. A few decent chances for both sides, some chippy fouls, but nothing to separate them as of yet. After the first 10 minutes Liverpool struggled to get forward consistently, but Riera's free-kick from forty yards almost snuck in just before the half ended. Chelsea were able to direct a few headers towards goal, but Pepe Reina was never fully tested. Liverpool haven't had much going through the midfield, but both Lucas and Masch have done well to disrupt Chelsea in the central part of the pitch. Not much from Gerrard and Torres, but as I wrote yesterday, Liverpool need more from the whole side. 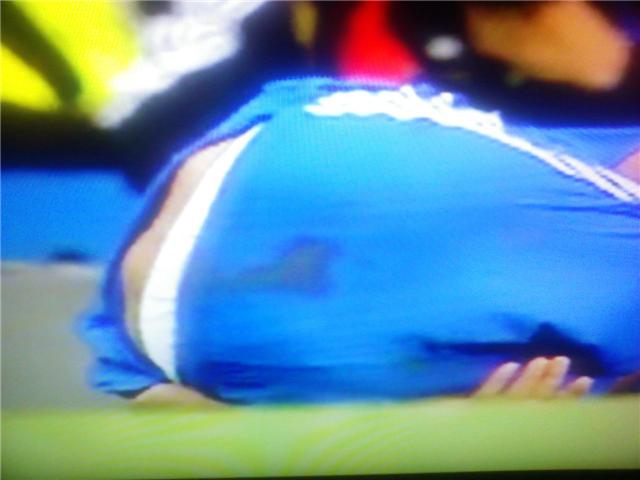 Drogba on the ground, not strange. Stain on his shorts...very strange.

Liverpool concede. Drogba, poopy pants and all, threads a fine ball in from the left wing and Anelka nudges past Reina. Well taken, 1-0 Chelsea.

Benayoun to come on, hopefully for Lucas, Liverpool need more through the middle in the way of attack.

Well it was Benayoun for Riera, and now Babel for Lucas. Still not much for Liverpool, these last fifteen minutes will be a fight.

Last change for the Reds, Aurelio on for Insua. Six minutes plus stoppage. Come on Liverpool.