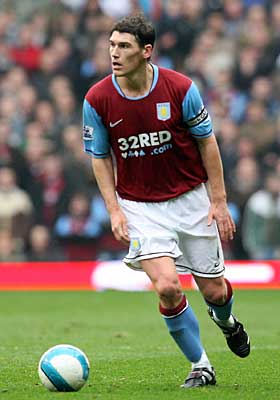 So, it looks like were going to finally get an answer to the one question many Liverpool supporters have been waiting on for over a month now: Are we going to get Gareth Barry?

Whilst I'd love to tell you that this deal was close to being finalised, the reality of this whole ordeal is that we're no closer to making Barry an Anfield star now than when we started this whole transfer mess with Aston Villa.

The papers are making the situation sound very bleak, and from the talk going on here in the States, it doesn't sound like Uncle's Tom and George are going to throw another £18m at another transfer this summer. I'll admit that I was more than happy to let Barry stay at Villa after we signed Robbie Keane; however, Rafa has now gotten my hopes back up with the recent talk about adding Barry back to the squad before the start of the season.

A story in the Telegraph this week definitely got me excited. Like many, I wondered where the hell this new found cash flow was coming from. Then I heard about the club trying to peddle Kuyt, among others, to get the cash flow.

Look, I'm all for adding Barry, but unless we find some way to move Alonso before the start of the season, then I see no reason to spend money we don't have. If G&H don't want to spend the money, then that's fine with me. I'll take Alonso, a player many supporters have thrown off to the side, 9 times out of 10.

Needless to say, the transfer market has had more names and news linking players with clubs this summer than ever before. However, if you wade through all the crap rumours and see who made a move this summer, I think you'd be shocked to see that the market has been quiet. I believe that even without Barry this squad is good enough to contend for the Premier League title.

Barry is a great player, don't get me wrong. But this whole saga is just turning into a complete mess. I'd rather the club accept the fact that Robbie is our big transfer target this summer and move on. With a big third round tie next week in the Champions League, and Sunderland coming up on the 16th to start the season, I think it's time we embraced the current squad and forget about Barry. We don't need this whole transfer mess hanging over our heads with big matches coming up. You saw what that did to the squad last season when G&H added an unnecessary black cloud to the club.

It's time to get ready for the season and move into the future. Ok, I'll get off my soapbox now.