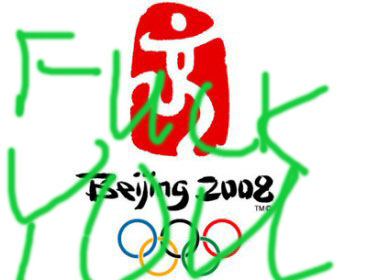 If you're like me, then you're a sexy bitch. If you have the same thoughts as me, then you hate what the Olympics do to football. I guess I just don't see the point. It would be one thing if I had been born with a natural ability in badminton(real sport, shit you not) and the Olympics were the only way to compete on a national level, but this is football!

It would be one thing if there wasn't already a huge governing body for the sport, but there is in FIFA. We have this thing called the World Cup, which incidentally, occurs every four years. Why do we need the Olympics?

I know other clubs have been affected, but Liverpool alone will lose Mascherano and Lucas, and I still can't find out whether or not Babel is going to be included or not, but that's a possibility of three very important players that won't be available until September. This sport is headed in the direction of youth. Spotting talent early on and developing it quickly is where titles are won. Pretty soon, women in Brazil and Argentina will have the afterbirth quickly wiped off of their sons and kitted up so that they can go take a penalty. This is thwarted, however, with redundant competitions that interrupt normal club fixtures.

Players have to have a way of making a living and that is with the club. Recently, we have seen how important one match is as Barclay's Premier League, the Scottish Premier League, and Serie A, all came down to the last fixture when deciding the league title. I guess what really pisses me off is that these kids could decline and stay with their clubs, but they have to feel the pressure of, "Well, if I turn them down now, they may never call me up again."

I say get rid of football in the Olympics. FIFA has all the international competitions covered. We really don't need a second governing body jacking with our league titles. But the more important thing is, what do you think? Feel free to express your views and vote in the poll.

How do you feel about football in the Olympics?
( surveys)