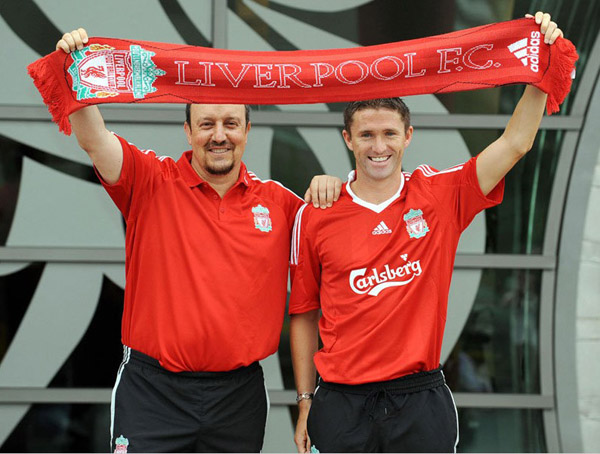 It's official! While I think this is a great signing, others would tend to disagree. steven. would be one of those. You can read all about his warped opinion here.

I've heard the nay sayers: he's too old, he's overvalued, Owen was less and more the player. Anyone who doesn't trust the judgment of the almighty Rafa is really just sort of a terrorist. But seriously, he JUST turned 28, people are having a fit over Barry who will also be 28 in February. Keane was the captain at Spurs and is the captain of his country. If he can produce more goals while having better people around him and can help create more opportunities for Gerrard and Torres then I think that's well worth the money.

We can't just keep signing young players to develop or the veterans we have around them like Gerrard and Carragher will be retiring by the time the young guys reach their peak. Eventually, you have to throw in a seasoned player that is already up to speed and I think that's what Rafa is trying to do with the addition of Keane and possible addition of Barry. So keep the faith and be happy that the 7 shirt says Keane instead of Kewell.