2008-09 Liverpool schedule breakdown: How realistic are these previews?

Share All sharing options for: 2008-09 Liverpool schedule breakdown: How realistic are these previews? 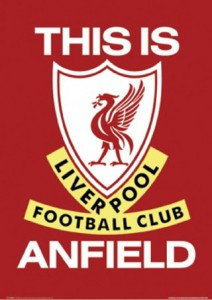 So I was talking to my partner in crime, CSD, two weeks ago when I brought up the topic of a potential story idea discussing the 2008-09 schedule in great detail. After throwing out the idea, I quickly realized that most people, while they wouldn't mind a breakdown, would rather see how good we are at playing the role of the great prognosticator (at least I think so!). So with that in mind, I had us take some time to breakdown how we each think the season will go for our beloved Reds.

I'll bring up this article at the end of the season to recap who had the better record, but for now this piece acts as public proof of how we think the club will do this season. How about the losing writer has to wear a Harry Kewell or Andriy Voronin kit to their local pub next season? Yep, those stakes sound about right! Without further ado, here is how we think Liverpool's 2008-09 season will play out.

W-Away versus Sunderland
Finally an easy away match to start the season! After a cracker of a first game that needed a Stevie G goal to break a tie last year, we finally thrash an opening day opponent, 3-0.

W-Home versus Middlesbrough
D-Away versus Aston Villa
Villa get some much needed revenge after watching Gareth Barry move to Merseyside late in the summer. A late goal from Ashley Young shocks Liverpool.
D-Home versus Man Utd
Second draw in two games. Mancs seem to have adjusted well after gaining Berbatov, but losing Ronaldo over the summer to Real Madrid.

W-Home versus Stoke City
Carson gets no love, as Liverpool and Torres run roughshod on the newly promoted club.
W-Away versus Everton
Stevie G goes down in derby lore when he slots home a 90th minute goal to break a 0-0 game.
L-Away versus Man City
Mark Hughes and a newly loaded Man City team catch Liverpool at the right time after an emotional away win.

W-Home versus Wigan
D-Away versus Chelsea
It's The Bridge. Are you kidding me?

W-Home versus Portsmouth
Crouchie gets warm welcome. Pompey gets pipped by a late Agger goal.
W-Away versus Tottenham
Even with a brand new team, Juande Ramos still can't figure out how to beat the goateed-one.

W-Home versus Everton
W-Away versus Wigan
D-Home versus Chelsea
0-0 draw. Would you expect any other scoreline when top four teams play?
L-Away versus Portsmouth
Call it Crouchie's revenge. The big man gets a goal and an assist in a 2-1 win.
L-Away versus West Brom
Just a year after we fell to Barnsley in the 5th round, the Baggies make us pay once again in the exact same way with a shocking loss. We go cup-less for another year.

W-Away versus West Brom
W-Home versus Tottenham
Torres grabs a hat trick, while Dossena grabs a late goal to lead the club to a 4-0 victory.

Based on my numbers, I think we end up with 91 points. Apologies for the language, but fucking WOW, that is a lot of points. While I let CSD do his predictions (see below) over two weeks ago, I'm just starting to see what this team could really be this year. Torres was unreal at Euro 2008, and for me that is going to play a huge role in the new season. I still link we end up getting Gareth Barry from Villa; however, the talk about Keane won't happen (watch him come to LFC before the season). I truly believe that Berbatov will move to Man United, and because of it, he will end up forcing Tottenham to keep the Irish striker. I would look for Carra, Agger, Skrtel and Dossena to play massive roles for the club this season. Just like Man United last year, I firmly believe that the defense will be the reason that we break the Premier League drought. I'll boldly predict that we concede no more than 23 goals this season. I fully expect Gerrard and Barry to be as good as billed; I also think you'll see Monster Masch continue his transformation into the best holding mid in the game. If you are looking for a seriously bold prediction, I think Ryan Babel will have one of the biggest jumps in LFC history (think Torres big). He won't get the goals or the glory, but he's on his way to becoming one of the most feared wingers in the Prem.

All in all, I truly believe that this is our year. For some reason I'm not under the same umbrella as those who believe we need to spend this summer to win the title. If you recall, we ended up only nine points off Man United -- and that was with a dismal stretch of the year, G&H fucking shit up and missing Daniel Agger for almost the entire season. With Dossena and Barry in our starting XI, I'm certain you'll see us grab our 19th title.

CSD's 2008-09 predictions (note: I remember being drunk when I wrote this-csd)

W-Away versus Sunderland
We crush them horribly. Keano cries and tries to figure out wtf to do with his team. Threatens to kill everyone.

W-Home versus Portsmouth
W-Away versus Tottenham
Juande Ramos comes down with a case of Spaniard envy.

W-Away versus West Brom
W-Home versus Tottenham
Dejavu, we win again on the last day of the season.

By my calculations, we finish the league with 95 points, with 30 wins, 5 draws, and 3 losses. This is of course after picking ourselves up after a massive loss to Barnsley in a classic FA Cup rematch and getting knocked out of the Champions League by Celtic. Those bastards. At least they sing our song.

We should be consistent this season. Instead of fielding a bunch of new signings, I think the new signings will be trying to fight for a place in the current squad, unless of course someone like Riise has been sold already and we need to cover that position (Ed. note: he was sold!). Babel should make a bigger impact as he was left out of the Euro due to injury and has Premier League experience now. I know he has to be itching to get back and showcase his talent. The Gerrard and Torres partnership should continue to flourish, while incorporating Kuyt a bit more. That crazy little monkey has some goals in him. Carragher and Skrtel will probably be solid in the back. Reina will continue to do acrobatic moves and pull off saves that no short guy should be able to do. Mascherano will be even more of a monster and will get red carded at least once during the season. Lucas will do something amazing about halfway through the season to get him noticed and will become a key figure in the starting XI. It's almost too easy...