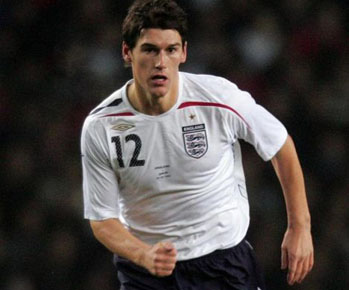 If you really love someone, let them go. And if they were really yours, they'll come back to you. Unless of course it's a football signing, then they're probably gone for good.

It seems that the big wigs at Aston Villa are finally accepting that Gareth Barry will be signed by Liverpool and the only smart thing for them to do is try to get the best deal out of it that they can. According to the Daily Mail, Aston Villa will be willing to accept the bid of £14mil by Liverpool, but will have to wait for Rafa to scrape together the money from the sale of Xabi Alonso and other players.

I wouldn't be too concerned on the financial side. Gareth Barry seems to be Rafa's number one target for the summer, and if that's the case, the money will manifest from somewhere.

I'm pretty excited at the notion of Barry joining the squad. I don't think that his signing will solve all of our offensive problems, but it should be a big step in the right direction. He and Steven Gerrard already have a great relationship from the England national team and can turn the Gerrard/Torres partnership into a trifecta. The best thing about him possibly joining the team is that he's played in the Premier League a long time and there would not be an adjustment period like we've seen with Babel.

Let's keep our fingers crossed that if Rafa can't find the cash that Uncles G & H will open their wallets.