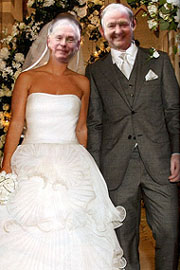 , work on the new stadium at Stanley Park has FINALLY begun. The new stadium will be built to house 60,000 supporters and will be expandable to 73,000. It will, of course, include a Kop end that will hold 18,000. The hope is that the design will keep the bigger stadium just as noisy as Anfield.

So if everything goes according to plan, the earliest that we'll see the Reds take the field at the new grounds is the 2011-12 season. I'm sure most of us are wondering where the rest of the financing will come from to finish the stadium. I wouldn't be surprised if we get 1/3 done and have to pause for several months. For the time being, I guess it's nice to see some dirt being pushed around.

On the bright side, maybe that'll give me enough time to make it to Anfield before the move. Donations accepted for the Send a Yank to Merseyside Fund.