Not National Heroes Yet, but Getting There

Share All sharing options for: Not National Heroes Yet, but Getting There 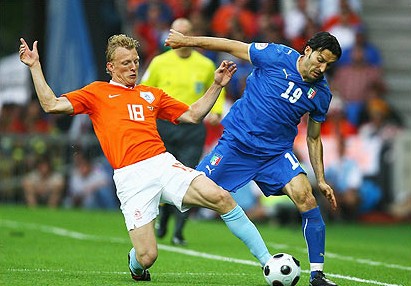 So far, Dirky Kuyt and Fernando Torres have been the only Reds to feature in the Euro. Xabi Alonso came on for a few minutes but let's face it, he's basically at Juventus. Both Kuyt and Torres have been unable to score, but have been instrumental in the victories that both Holland and Spain have enjoyed.

Kuyt had two brilliant assists during the Italy match, neither of which was the controversial goal. It looks like he's definitely kept his form and is the hardworking Dirk that we enjoyed seeing this past season.

Torres had a couple opportunities on goal with qualitiy shots, but could not beat the keeper. The support role that Torres found himself fall into did, however, help his countryman David Villa earn two of his three goals. Torres had already been taken off when Villa scored his third, but that did not stop him from running to the bench to give Fernando a hug. 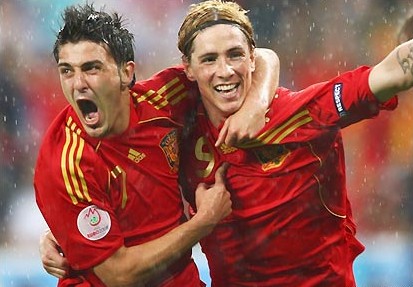 Torres and Kuyt are definitely off to a good start and I think we have yet to see the best out of them.