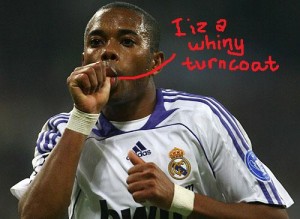 Liverpool showed glimpses of their resilient form, last seen during the 2006 FA cup finals against West Ham, when they came back from a 2-goal deficit, to beat Manchester City 2-3, both teams ending the game with 10-man.

Oasis's favourite football team got off to a good start when they went ahead with a goal from Stephen Ireland ,as Alvaro Arbeloa failed to clear the ball around the penalty area. Javier Garrido's curling free-kick to the top left-hand corner, gives the home team a 2 goal lead, 4 minutes from the half-time interval.

Perhaps complacency got the better of the men in Blue, as they allowed Fernando Torres to tap in a cross from Arbeloa, which coincidentally marks Liverpool's 1000th goal since their inception to the Premier League in 1992. He then followed up with a header in the 73rd minute from a Stevie G's left-wing corner, to tie him with Wigan's Amr Zaki and Portsmouth's Jermaine Defoe, as the league's joint top scorers.

Of course, the match did not lack its share of drama, when referee Peter Walton, decided to show the red to Pablo Zabaleta for his two-footed lunge at Xabi Alonso (remember Tim Cahill and Nemanja Vidic?)

Dirk Kuyt missed a couple of good chances during the first half, but managed to redeem himself when he scored the match winner on the 90th minute. I guess this is why Rafa hardly substitutes Kuyt...it's for emergencies like this apparently, but I still don't get it.

Bad news for Martin Skrtel fans: Seems like the vogue-faced central defender picked up an injury on his right knee, when he fell awkwardly trying to clear the ball from Chad Evans. He will be undergoing a scan soon. Guess, it's time for Daniel Agger to step up to the plate.

Hopefully this away win gives LFC and fans belief, that we are serious title contenders in the Premier League. It has been a long time coming, and with a performance like this one at (middle) Eastlands, we will definitely give Chelski or anyone else a run for their money.

In other LFC news: Gotta wait longer for the new stadium