London bridge did fall down

Rafa's Red Army finally ended Chelski's unbeaten run at the Bridge, with a strike from our Spanish midfield maestro 10 minutes into the first half, making him the 2nd Liverpool player to score against Chelski in the League, after Bruno Cheyrou in February 2004.

Ok enough formality...I am just f--king stoked that we won! We showed those mothers how frustrating it can get to play against us, because even though Chelseah had most of the ball possessions (1st half: 60-40 ; 2nd half: 67-33), Liverpool had more quality in their attacking and defending.

We played as a collective unit, and there were so many brilliant set plays that we couldn't convert, but at least our string of SOLID back 4 did an excellent job at subduing Kalou, Malouda, and Anelka. Everytime Chelski got the ball, they looked like they were about to score, but somehow they didn't test Reina enough.

Stevie G did not deserve the yellow card in first half and Mascherano should have shut his mouth, because i think he just saved Cashley from his 2nd bookable offence. Keane had another anonymous game in my opinion and Aurelio should never take a free-kick again (let Dagger do it!). Riera needs to start being more defensive, he allowed Una-brow to run with the ball. Kuyt is still every manager's dream player with his non-stop running and chasing for the ball, and Jamie Carragher deserves MOTM 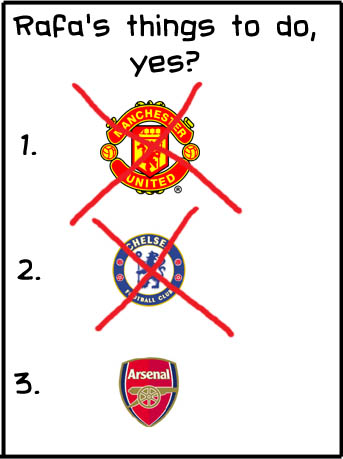 It still hasn't sunk in yet that a team that is capable of scoring 4-5 goals in a match, didn't score any. Awesome play by us, no mistakes made on defense at all. I was a little surprised to see Babel in place of Keane instead of Babel moving to the right and Kuyt up front.

Alonso sent a reminder of why he shouldn't be sold early on with a strike that took a fortunate deflection. He later nailed a free kick against the far post that would have solidified the lead. I think Reds fan throughout the world were just waiting to see how we were going to screw this one up, but I'll be damned if it never happened.

Even though there was only one goal, the game was anything but boring. I found myself cringing every time Chelsea got near the box and ready to celebrate every time a shot from Liverpool sailed just wide. Rob Styles did a great job as 4th official. That's where he should stay so managers have the opportunity to strangle his ass.

For me, the MOTM would be our Berlin Wall of a back line that showed up today. They played as a solid unit and never gave an inch.