Share All sharing options for: Pre-Match: Liverpool vs Wigan 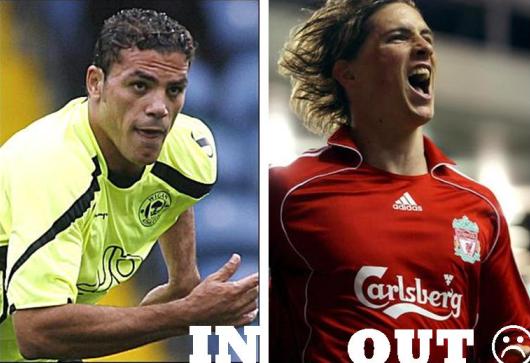 Last time these 2 teams met at Anfield, it ended in a 1-1 draw. Fernando Torres drew first blood 4 minutes into second half, but Titus Bramble spoiled our party with his 80th minute equalizer.

This time round, there is no El Nino up front. Wigan, on the other hand, has the bulldozer from Egypt, who is on loan, and yet already joint top scorer in the league (with Nando and Defoe), and who is already likened to Alan Shearer (go figure)

And let’s not forget, we are without God….I mean Skrtel…at the back, so hopefully Rafa Carra with the D.Agger. This game will be a good test for the lads to prove that we’re not a one-man team – goals will have to come from the Keane-Kuyt partnership, or maybe Riera.

Another last-minute goal thriller, with Gerrard, Keane and Ngog to get on the scoresheet, and Zaki, Valencia for Wigan