Share All sharing options for: In less than 24 hours... 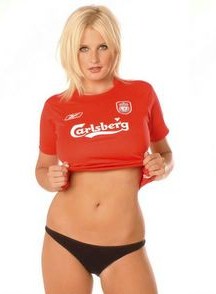 ...the EPL schedule will be revealed. Last year I was wholly disappointed when we received the most difficult schedule of the big four. In our first 12 matches last year, half were on the road, which is expected right? Well five of those matches were Goodison Park, Stamford Bridge, Old Trafford, Emirates, and the Reebok. Ridiculous. I knew once I saw the schedule that it was going to take a miracle run for us to still be in the race after twelve matches.

Did I also mention that we drew possibly the hardest third round qualifying Champions League opponent in Maccabi Haffi? And that we had to go to PSV Eindhoven during that stretch as well? Just one of the many aspects to our luck forsaken season last year.

Hopefully we'll get some sort of break tomorrow.