Liverpool-Chelsea Preview: What will Rafa do?

Share All sharing options for: Liverpool-Chelsea Preview: What will Rafa do? 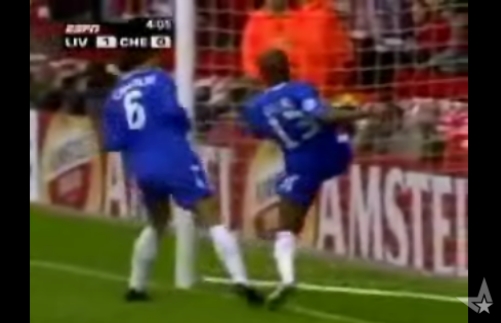 This is going to be interesting. Rafa has come out and said we're going to go for the win instead of trying for the draw, but if he comes out with five midfielders including Mascherano and Sissoko, what would you think? If Rafa is truly 'going for the win', he'll start two forwards, be it Kuyt and whomever. Gerrard didn't look comfortable 'in the hole' against either Man City or Middlesborough. In fact, he might have played the worse game of his career against the Citizens. Xabi has not been playing well lately, and I hope it's not because he's upset over lack of playing time. I get a feeling he might want out this summer. What really determines on how we are approaching this match is who we start on the left if we do play five midfielders. If we start Gonzo, then I believe we actually are going for the win, since if nothing, he will run Chelsea's defense ragged. If we start Bolo, though he has been playing better lately, or Riise, it's definitely a defensive move. So here's what I think Rafa will do:

I'm completely at odds with whom to start on the left. I'd really like to see Arbeloa out there, but I think Rafa's going to mix it up. With Gonzo, we'll have more of a chance to score, and in all honesty, he's not that bad of a defender. I hope Crouch isn't even on the bench, I'm so sick of seeing him, but he'll probably start. Pennant is definitely the key to us scoring in this game, if he has a solid outing, we'll win. Of course, saying that, Rafa will probably start Gerrard on the right.

Chelsea fans like to say that we beat them at Anfield because they had no central defenders, which is not completely true since Essien played the full 90. I'd like to remind them that it took a wonder goal from Drogba for them to beat us at home earlier this season and I won't even bring up the Charity Shield match. They keys to this match for Liverpool to win are Pennant and Mascherano. If those two are factors, we'll come away with a positive result. Gerrard is going to be marked throughout, so it might be up to Pennant and Kuyt to get the offensive flowing, and expect Arbeloa to come on with about 20 minutes to go to give us an extra spark. May the best team win.