Share All sharing options for: It's time for... What will Rafa do?!

Stu Brubaker: "Hello everyone, I'm Stu Brubaker, sitting in for Rupert Pupkin who's out sick, and welcome to the award-winning blamsho, What will Rafa do?! This is the blamsho where two contestants try to guess who that crazy Spaniard, Rafa the Gaffa of the Liverpool Football Club, will start in their match tomorrow. And Rick?"

Stu: "Rick, who will be Liverpool's opponent tomorrow?"

Rick: "Stu, I am very pleased to say, it's About a Boy author Nick Hornby's favorite team, the Gooners of Arsenal!"

Some old lady in the crowd: "Shit!" 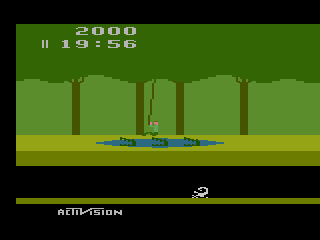 Stu: "So Rick, tell us who our contestants are today?"

Rick: "Well, Stu, you son of a bitch, we have Peter Parsons from Waterford, Connecticut. He enjoys deviled eggs, reading books about books, and hunting cockroaches in his mother's house. Coincidently, he still lives there!" 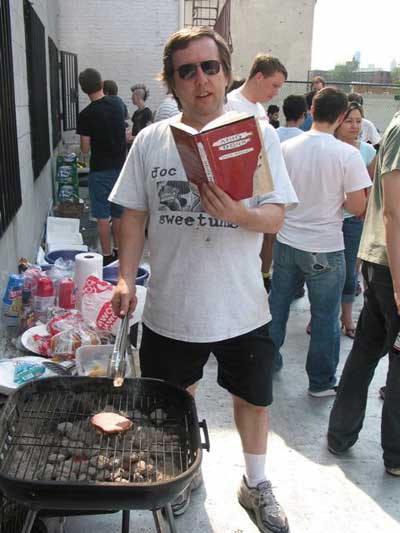 Rick: "Oh stop being such a pussy, Peter! Or I'll tell everyone you're a virgin!"

Peter: "I think you just did."

Stu: "Okay guys, you know the name of the game, we name a position and you tell us who you think Rafa will start tomorrow. Ready?"

Stu: "Link?... Link, I don't think that's edible... Anyhow... here... we... break for a message from our sponsor. And remember folks, every yard has worms, worms that eat dirt and then shit dirt. Do you have children? Do you want them playing in a yard of worms that shit dirt? I know I wouldn't. It's just not safe. So buy Worm Assassin and kill all the worms in your yard before they shit dirt all over the place!" Stu: "Welcome back everyone. It looks as if the Missing Link just chased Tarzan out of the building and won't be allowed back on the property, so Rick?"

Stu: "Why thank you, sweetie, maybe after the show..."

Stu: "Thanks, Peter. Thanks alot. Okay, next position, left back, Leslie?"

Leslie: "Left where? What?"

Stu: "Oh! It says here one of your hobbies is doing manicures."

Stu: "Very nice. Would you like to give me one?"

Pete: "Are we going to do the blamsho?"

Peter: "Uh... so.... at left back, well, I'd have Aurelio, cause ya know he hasn't played much lately and I think I read something about Rafa resting some of the Internationals for the PSV match next week. Of course that gives... uh, who turned out the lights?"

Producer: "Just keep going, loser boy, we're using a night lens so we don't have to look at your ugly face."

Peter: "Oh... cool... so as I was saying, we don't have many options in the middle, but I'm guessing Carra and Arbeloa will play because Carra didn't play in the Andorra match and Arbeloa is well rested while Agger played the full 90 in both of Denmark's ties. On the right will probably be Finnan. I know he played both full matches, but we don't have much choice unless we play Hyypia in the middle and Arbeloa on the right, but Hyypia just played for Finland and he's kind of slow and we all know how fast the Gunners are."

A pregnant lady: "I think my water just broke."

Peter: "Uh, well, okay, in the midfield, starting on the left, Gonzales for his speed, Momo, because he should be well-rested, Xabi didn't play much for Spain, and on the right, Pennant. Up front, Crouch and Kuyt. I believe Crouch will be available and Kuyt didn't play in the first Holland match. The bench will be Dudek, Riise, Hyypia, Gerrard, and Mascherano. I think Bellamy will get the rest and if we need to use Gerrard as a forward we will."