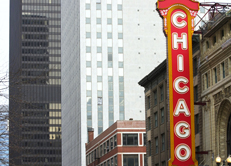 I've done a lot of silly things to enjoy myself during a Liverpool match. On Boxing Day 2005, I walked a mile and a half at 5 a.m. in a Milwaukee winter to see a match, and on Saturday, I will be driving to Chicago to watch TV. I didn't look at like that until a friend of mine at work reduced my story about having no choice but to head to Chicago to see the telecast as driving to Chicago to watch TV. It's kind of funny to look at it that way, but whatever, it'll be a blast.

The reason behind the trip, though, isn't too amusing. Setanta has a stranglehold on the U.S. broadcast rights, and they basically blackmail bars into charging a cover to show people the games. Now, Milwaukee's footy scene is enthusiastic but quite small. The place I go has great support, but there's no cover - ever, for any match. The owner has had a hard enough time building up a great base of regulars, nevermind putting an entry fee on the thing. Setanta wanted him to pay $2,000 to show 10 FA Cup matches this year, starting Saturday with Liverpool v. Arsenal at Anfield and then ending with the semi-finals and the final. It just doesn't work for him, and I can't blame him. His is a business based on 20-30 regulars who show up every Saturday morning to watch matches, with Sunday crowds dependent upon the profile of the fixture. It's hard to ask those people to show up on Saturday and drop $20 to help pay the extra cost for the games before they spend dollar one on a drink.

Instead, there's a group of us off to The Globe Pub in Chicago, a place I've never visited but have heard many great stories about. For Liverpool at home against Arsenal in the FA Cup, there's really no question. It's worth leaving the state.

With any luck, photos to come after the match.