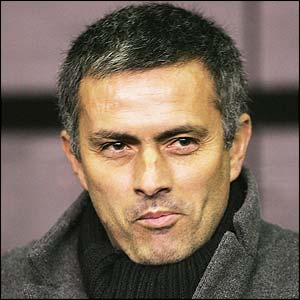 It's dangerous to start an argument when you don't know the best way to finish it, but here goes ...

For me personally – and I have no opinions from others to back this up – I wanted Liverpool to be the first team that won the Premiership after the Abramovich era and dynasty was established. That first title at Stamford Bridge was sort of inevitable, but the march through the league last year was like something out of military history: Patton, Attila the Hun or something like that.

I really thought the first team to beat Mourinho's Chelsea in the league after that would have almost won a type of "Super Premiership." The team that does it will have taken the league against the typical heavy challengers, but also against the most loaded, arrogant side to come down the way since the Premiership was started. Now, I know some of the old Man U sides had a certain cockiness that drove everyone nuts, but I'd argue those teams never contained such poison and bile that several of their own supporters were turned off by the success.

Chelsea is different. Chelsea is a running, kicking and heading bullseye. They are despised, and I really had hoped Liverpool would be the team that shot the arrow straight through that fat, red target.

Now, it just doesn't look like this is the season Rafa, Stevie G. and the rest get to wipe that nasty smirk off Mourinho's face. What's gone wrong with me? Champions League success is still possible. Have I been overtaken with a fever?! Why does lifting a 6th European Cup seem not as exciting to me as it should? I wanted the Premiership.